City staff received input from residents in the Vista Entrada neighborhood and a portion of the Unit 17 to identify what they love about the neighborhood and what they want to see more of in an online survey and two public meetings held on April 15, 2021 and April 20, 2021.

Staff identified the key issues and opportunities from the resident’s input. Another set of public meetings was held on May 18 and May 20. At these meetings, staff presented the existing tools and regulations that address the neighborhood issues including code enforcement actions, public works projects, and existing development regulations. An overlay zone to prevent subdivisions was introduced at this meeting.

Residents provided input on the proposed overlay zone at two public meetings on June 3 and through an online survey.

An overlay zone is a planning and zoning regulatory tool which creates an additional zoning district, placed over an existing base zone, that identifies special provisions in addition to those in the underlaying base zone. The existing zoning of R-1: Single-Family Residential would remain as the base zone and all the requirements of that zoning district such as allowable uses, building heights, and setbacks laid out in Rio Rancho Municipal Code Section 154.08 and 154.50 would still apply.

The proposed overlay zone would include the following language:

To prohibit subdivisions, excluding lot consolidations, of all the subject properties listed herein.

Subdivisions would include the division of any lot or tract of land into two or more lots for any purpose. Lot consolidation, joining two lots together into one lot, would still be allowable.

The proposed overlay would include the following setback requirements:

The following illustration shows the setbacks and the buildable area of a lot.

The overlay zone area is bounded by Lincoln Ave NE to the north, City limits along Camino Encantadas and Camino Alto to the east, the Sandoval County Landfill to the west, and Pasilla Road NE to the south. 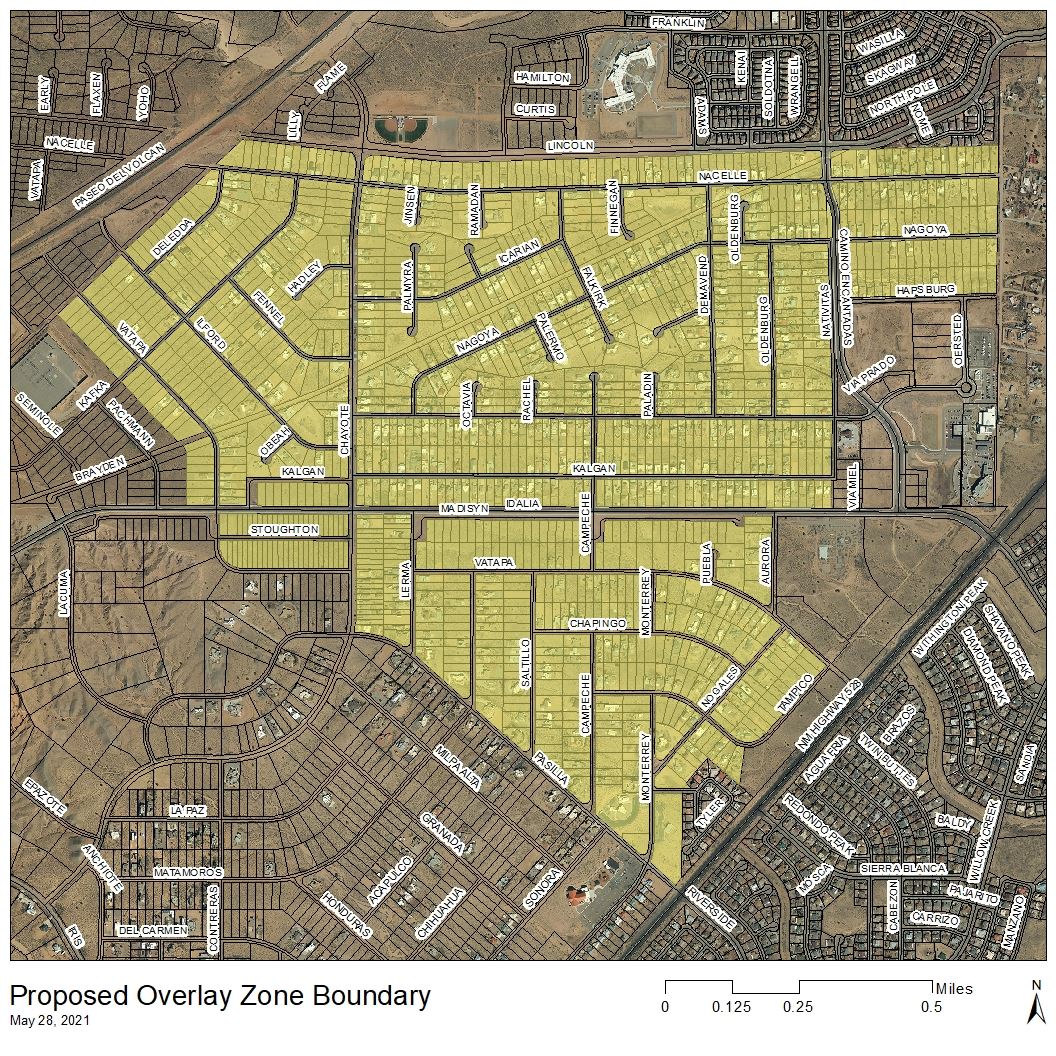 Please provide any comments on the overlay zone via email to planning@rrnm.gov

Questions about the overlay and the adoption process can be directed to: